Urbanisation can be simply defined as the rise of cities vis-a-vis the rural landscape. As a country moves ahead on the road to progress, cities tend to take center stage. In that manner, the rise of cities has often been construed as an indicator of development and progress. The case has been no different when it comes to Bihar. While the pace of urbanization was a bit slack in the early years post-independence, it has really picked pace in the past few decades, especially in the post-1991 phase. Coupled with economic growth and expanding markets, the urban population now stands at around 30% of the overall pie in India. Bihar lacks far behind the national average and the urbanization rate in Bihar is just 11.3% as of 2011.

The picture of an urban Bihar is far from rosy. From economic growth to demographic dividend in the form of a young population, Bihar has many things going for it. If Bihar desires to shed its “laggard state” tag planned urbanization needs to be given due attention. Upgrading existing cities and creating new ones are prerequisites for economic progress and they must take place in an organized manner.

Urbanization in Bihar has been a victim of systemic inefficiencies and policy vacuum. While Bihar’s population is no doubt increasing, quality of life of citizens in urban areas is declining. Moreover, unchecked migration from rural areas is only putting further strain on the infrastructure in cities. The result is water and power shortages, lack of proper sewage collection and treatment, overburdened transport systems and unplanned constructions in cities like Patna in Bihar.

It is imperative then to not only create new ‘smart’ cities, but also upgrade the existing ones. Developing newer cities will bridge the rural-urban divide. This will in turn reduce social inequity, one of the biggest psychological benefits of planned urbanization that will incur in our state Bihar.
We in Bihar need to ensure that the process of urbanization occurs in a smooth and phased manner. A carefully planned city will attract investments, create jobs, have strong infrastructure, and most importantly, up the standard of living of its citizens. Going ahead, the contribution of cities to Bihar’s GDP will only increase. To adequately leverage this, Bihar needs livable and productive cities.

Where are we lagging now
Lost somewhere between the labyrinth of local and state bodies, municipal corporations, urban development agencies, corruption and political will, Bihar’s urban spaces are struggling to breathe? If unplanned growth of cities continues, their state will only get more deplorable.

There has to be better cohesion between the various agencies responsible for urban development and planning in cities of Bihar. Sewage treatment, provision of clean water to citizens, robust healthcare systems, efficient transport networks and strong governance must form the blueprint of re-designing existing cities and creating new ones. Technology can go a long way in helping realize the creation of smart, safe and sustainable cities in Bihar.  Every urban plan will need to have a long-term view only then will economic growth happen. A myopic approach can prove disastrous. To address such issues of scalability, one needs proper research mechanism in place.

In a state such as Bihar, that witnesses unchecked migration to urban areas, creation of smart cities is nothing short of a landmark move. It has the potential to improve the administrative process and also provide citizens access to quality healthcare, education, sanitation and governance. With overpopulated cities and their strained infrastructure, Bihar is already in the midst of an urban crisis. The only way out is planned urbanization.

Public and private bodies must join hands and come up with smart, sustainable and long-term solutions. Creating thriving and self-sufficient urban spaces will not only ensure inclusive growth but also contribute to overall economic advancement.  The future of Bihar lies in cities and we must fortify them if the state has to prosper.

Gola Road, Patna Gola road is the first right turn, after descending from Railway Bridge at Rukanpura if one is travelling on B... 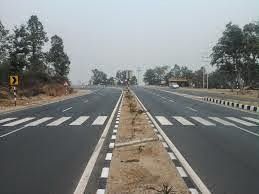